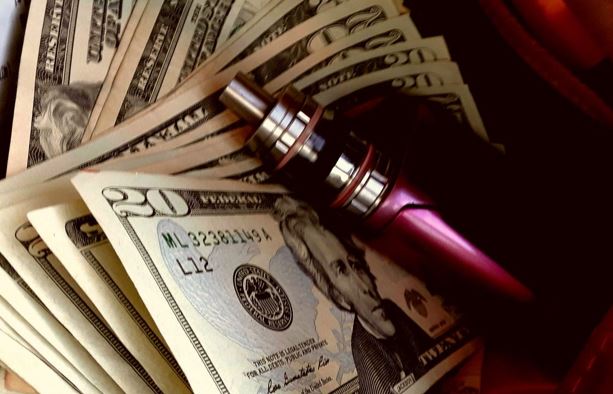 As more and more people step into the vaping world and sales of vapes increase, they become a new target for many governments that are in need of tax revenue. Moreover, many governments have regarded tobacco products as an ideal source of income for many years.

Furthermore, as vaping is looked upon as being almost the same thing as smoking, it has become an attractive target for politicians as well, as they can justify the taxes with health, environmental and moral claims.

This article sheds light on everything you need to know about Vaping Taxes in 2021. So let’s begin.

Taxes are levied on almost every commodity, in every country of the world. It is done primarily in order to raise revenue for government expenditures.

Excise taxes are applied to vaping products for several reasons.

Some of those reasons include:

Let’s take the most prominent example of heavy taxes imposed on alcohol, in order to dissuade drinking.

Thus, tobacco products, especially Juul wholesale, have been an attractive target for taxes. Smoking has several negative impacts on the whole society, which is why proponents of tobacco taxes suggest that tobacco consumers should foot the bill.

Did you know taxes imposed on alcohol or tobacco are called ‘Sin taxes’? That’s because these taxes also punish the drinkers and smokers themselves as well.

However, because governments fully rely on taxes to increase their expenditure, a drastic decline in the vaping and smoking rate will create a financial shortfall for them.

Thus, tax on cigarettes and vapes are an ideal revenue source for most governments. One reason why governments impose such taxes is to reduce the consumption of nicotine products.

Most consumers who are US citizens pay a state, as well as their local government, sales tax on the vaping products that they purchase. Thus, governments benefit from vape sales through this tax even before the excise taxes are added to vaping products.

Sales taxes are imposed on products as a percentage of the whole retail price when they are purchased. In several other countries, individuals also have to pay another government-imposed tax called “value-added tax” (VAT), which basically works the same way a sales tax does.

However, excise tax comes in different forms. For instance, a common form of tax imposed on vape products is assessed at retail. But, some taxes generally cover all vaping products (for example, New York State imposes a 20% tax on vape products), and others target e-juice only.

Sometimes the government only imposes taxes on e-juices that come with a higher nicotine strength. Another type of tax, wholesale tax, is a tax that is charged to the wholesaler, or distributor, who is selling those vape products to a business that will then resell them at retail sites in the country.

Now, let’s take a look at how governments have imposed taxes on vaping products in the US. Till now, there is currently no federal tax that has been imposed on vaping products so far. However,  bills have still been introduced in Congress in order to impose a tax on vapes, but have not successfully passed yet.

Almost two years ago, about 9 states, as well as the District of Columbia, were imposing a tax on vapes. Moreover, this number doubled in only 7 months, when there was a panic regarding JUUL wholesalers and the rising number of youngsters who have started vaping.

The increase in the number of youngsters purchasing vapes was quite alarming to many, considering the health risks associated with vaping products. This became the most talked-about topic, which led the legislators to do something to stop this epidemic.

But as we speak of the current year, there are now 29 states of America that have successfully imposed a tax on vaping products, which include several more cities and counties.

Let’s take the example of California here. The state Board of Equalization is responsible for setting an annual tax limit on vaping products. It basically reflects the percentage of all taxes together that are imposed on tobacco cigarettes.

Primarily, the amount was about 27% of the wholesale cost of the vapes, but then later increased a whole dollar more the tax on cigarettes. This led to the vape tax increasing significantly as well. If we talk about the beginning of July 2020, the tax imposed on vapes was 56.93% of the wholesale cost for all products that contained any concentration of nicotine.

But if we talk about Minnesota, it was the first state that was successfully able to put a tax on e-cigarettes in 2011. The amount of tax imposed was initially 70% of the wholesale cost of the product, which then increased 95% in 2013.

This included finished goods that contained high nicotine concentration. Overall, Minnesota topped the list with a 95 % rate of tax, with The District of Columbia coming in second at a 91% tax rate. However, Kansas, North Carolina, and Delaware share the lowest per milliliter rate, which is only $0.05.

More and more states are now starting to tax vaping products. Till now, about 13 states have pending legislation which will let them impose a tax on vape products.