Where to Visit in Tokyo 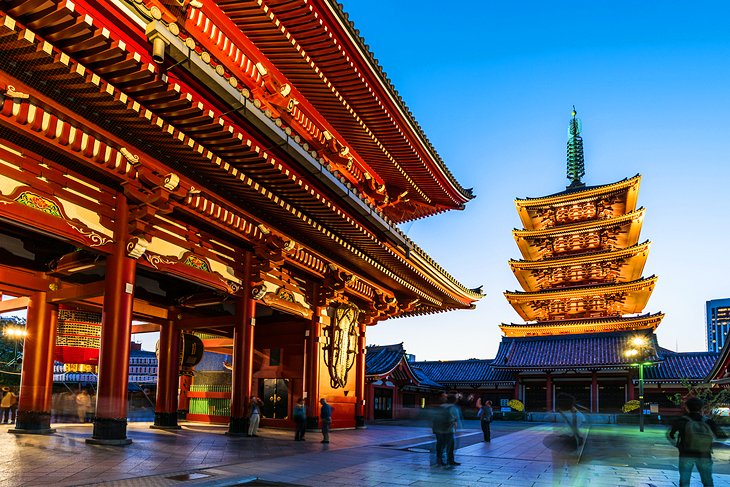 Tokyo – a vibrant, sprawling metropolis of 14 million people. For centuries it has captured the hearts and minds of some of the world’s greatest artists, poets and musicians, and is a pioneering force in business and tech.

This connection between old world romanticism and modern opulence can be found in its striking, neon-lit towers, serene parks and gardens, and breath-taking traditional architecture.

Like Los Angeles, London, and so many other modern metropolises, Tokyo is itself divided into an array of cities, towns and wards, reflecting cultural, historical and administrative boundaries.

Each has something different and exciting to offer, and we’ll be illuminating just a few of their dynamic variations in this article.

Coming into Shinjuku station – the world’s busiest – you’ll find yourself at the bustling heart of one of Tokyo’s principal business, entertainment and shopping districts.

Exiting the station from the south and assessing the skyline, you’ll see the imposing Docomo tower situated in neighbouring Shibuya, with its spartan, minimalist clock face – the second largest of its kind in the world, and the fourth tallest building in Tokyo.

On the streets are an array of shops and business, and trendy restaurants that blend the cuisine of east and west. In the neon lights of Kabukicho, Japan’s largest red light district, there are countless nightclubs and bars offering all manner of entertainment – though best navigated by the streetwise traveller.  In this area, there are many brothels. While prostitution is not allowed in Japan by law, there are all kinds of shops offering similar services which are regarded as legal.

For a more laid back experience – travellers can seek out the adjacent Golden Gai, bustling with miniature pubs and food stalls, packed intimately into crisscrossing alleyways. The district is similar to the historic Omoide Yokocho, which runs alongside the sprawling tracks of Shinjuku station – though this network of narrow lanes is even more tightly packed, offering ramen, sushi and alcoholic spirits at snugly built kiosks.

For those travellers looking for space – and centre – the 144-acre Shinjuku Gyo-en National Garden blossoms on the estate of a former Edo period aristocrat, with serene lakes, lush greens and the pink flowers of cherry blossoms in bloom. Verdant and tucked away amongst a beautifully austere skyline.

Shibuya, with its famous scramble intersection displaying a cross section of city life in this youthful district, is a centre for fashion and entertainment, with many popular department stores and bespoke retailers.

Though history can be found in its Meiji Shrine, dedicated to the spirits of its transformative, imperial namesake and his consort, and sport and outdoor activity in the surrounding Yoyogi Park and adjacent, National Gymnasium with its spectacular suspension roof.

Ginza, like Shibuya, is an internationally renowned fashion hub, and the epitome of luxury in Tokyo. Situated amongst the dense skyscrapers of Tokyo’s core, it houses many flagship stores and high-end western retailers.

The district was transformed under the rule of that aforementioned emperor, and now realises its opulent potential in spectacular white brick, marble, metal and glass.

Those are just three of the districts worth exploring on your visit to Tokyo, but wherever you go in this sprawling city, you’ll be sure to find excitement, fantastic food, interesting history and stunning architecture.