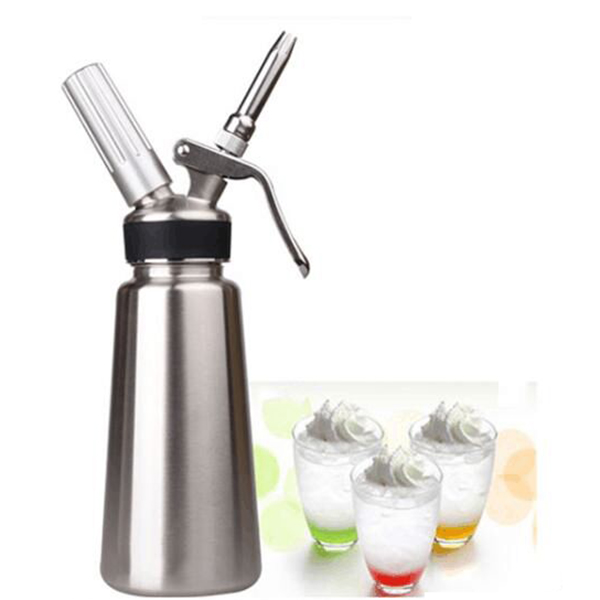 What is whipped cream?

Nitrous oxide (N2O) whipped cream (in a can)

While you could try and use a different gas to fill the can, the result would just be an ooze of thickened milk (similar to what you see when the N2O is almost gone from the can). In the same way, if you used a less fatty cream (such as half-&-half which is 15% fat, or whole milk which is 3% fat) it would be harder for the nitrous to dissolve, and the end result would be a far less foamy cream.