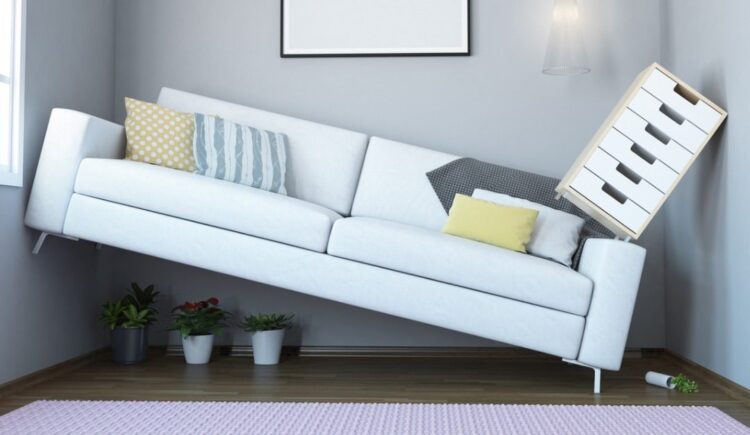 A decade back people preferred living in big villas and bungalows. Large spaces, big lawns, and large bedrooms with big closets and storage spaces were preferred and people got used to such a living style. This is why they never worried about storage spaces or adjusting a lot of people in one room. Because it never occurred to them that they might have to move to a smaller space one day because their lifestyle will demand it.

This article will discuss the problems that people face or are currently facing due to small living spaces.

The Noise Is Unavoidable

Living in a small space means that there are a number of people living under the same roof. In apartments, it often happens that 50 to a hundred plus people live in the same building. Because you have to share walls with people and your roof and floors, it is highly unlikely that a high TV volume or an argument next door won’t reach your ears.

According to some research, the biggest problem while living in apartments is the presence of drunk people getting out of control. These people usually create a fuss at night or late at night which can be disturbing for people who have to wake up early for work the next day.

Small living accommodations come with the problem of little or no storage spaces available. Firstly, you don’t have enough room for excess furniture and stuff, Secondly, if you by any chance are a hoarder then you will have a problem with trying to store your belongings because you will run out of space eventually.

People often have to face the problem of hiding unwanted things under the bed, in the basement, in cartons that keep piling up, and whatnot. But new-age problems have called out on new-age solutions. People are now opting for hiring a storage space through SpaceNextDoor. Here you have the convenience of finding a storage space for your belongings near your home and you can rent the place to store your belongings there. It’s an easy way to get rid of the things which you want to keep, but not use regularly.

So your storage problems can be solved in some way but it does not mean that the solution is permanent.

Parties Can Be A Problem

If you are a party lover and love hosting parties, then living in a small house or apartment can be a problem because it won’t fit a lot of people. Also, playing loud music is for sure going to upset the neighbors.

Living in a house and not being able to host parties can be a cause of frustration for people. Though people do host phenomenal parties at their homes, they often end up dealing with the police over loud music or causing chaos in the street with more than 5 or six cars being parked.

Also Read: How to Make Your Moments Memorable by Having Cantilever Umbrellas and Outdoor Gazebo?

There are many more reasons due to which people are getting tired of living in small spaces, but these were some of the major ones.