Wired vs. Wireless Security Cameras: Which One is better 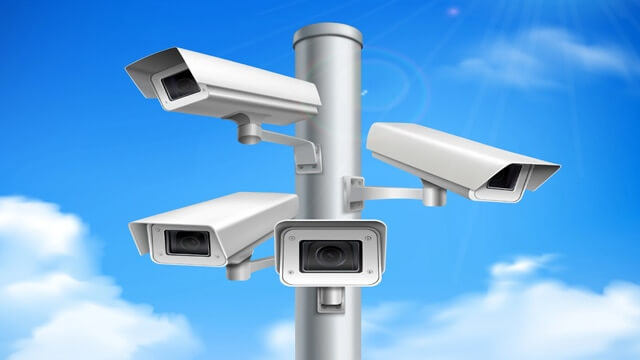 While talking about the differences between a wired security camera system and wireless, we offer both but there are definitely guidelines that have to be adhered to with wireless. If you’re going to get the performance and the equipment’s going to meet your expectations.

The wired systems require a cable. Whether its network or coax to be pulled from the camera to the DVR to be up to 1,500 feet on coax wireless systems transmitted the video signal either through Wi-Fi from the camera to the DVR or through radio frequency from the camera to the DVR. The wireless cameras are not completely wireless they’re required constant power so the cameras got to be located close to a power outlet or you have a pull of cable from a power outlet to the camera location. Wireless transmission eats up a lot of power so does night vision. Vision eats up a lot of power because of that the cameras require constant hard-wired power you’re not going to get away with battery-operated cameras I mean they’re going to work 810 hours and then you’re done main benefit for wireless camera systems is convenience.

The cable factor shouldn’t be your first and only decision depends on what system to buy because you’re giving up a lot for that convenience. What you’re going to give up is, first of all you’re going to give up frame rate. Wireless video is choppier it doesn’t look like the fluid video. Wired systems do have 30 frames a second life viewing. Wireless is going to be that choppiness to it.

There’s going to be a lag time from the time that something happens to the time you see it on the screen is going to be anywhere from 2 to 5 seconds as far as the lead time goes the clarity on wireless systems is going to draw you take a 1080p. Wireless Cameron you put it next to a 1080p wired camera the wired camera is going to look substantially better even though they’re both set up and they’re transmitting 1080p video this is the way it is reliability and this is the biggest one of all wireless systems are not known for the reliability. There are so many things in the environment that can affect the video transmission that a metal building. There are a lot of environmental things that can affect the reliability of the video transmission because of that you do not see wireless technologies dominate the market they never have and at this point from what we can see what the technology is coming out they never will. They’ll never perform as well as a hardwired system.

Hard wired systems are inconvenient because you got it one time think about this one time you just have to get the cable from this camera to this DVR and then for the life of the camera or for the life of the system you’re going to have the best reliability, the best clarity, the best frame rate, best overall performance and so those are the main differences with wireless technologies versus wired and so this comes to the Golden Rule and this is our golden rule always hardwire a camera system when you can and then consider Wireless when you can’t.

The rules of wireless are simple, it needs to be residential and you need to stay within the parameters that we’re talking about maximum of 4k maximum transit transmission distance of 150 feet. You have to understand you may have to move or adjust a camera or the location of the DVR to get things working reliably the wireless systems that we operate the best on the market. This actually builds its own wireless network between the camera and the DVR which is really cool because it doesn’t jump onto your wireless network at home and slow it down it just builds it on its own and then transmits a video to this unit and then this unit can plug into your wireless modem and then you have remote access everywhere.