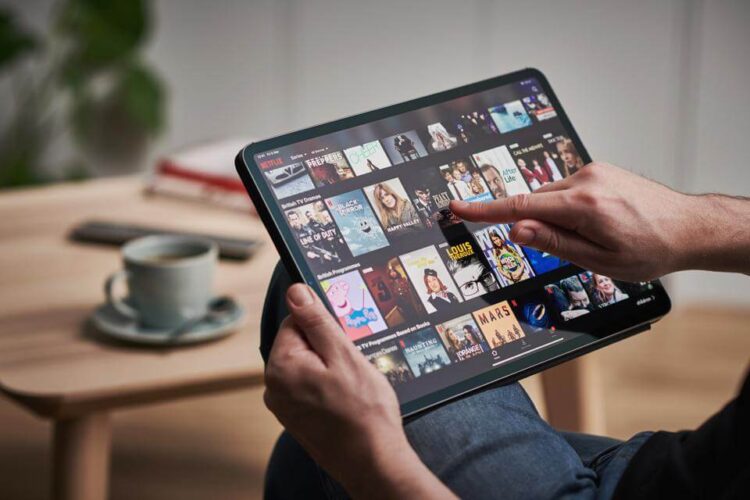 The year 2022 is wrapping up, and it has already been a remarkable year for films, bringing many long-awaited movies to the screens. As several movies, including Jordans Nope and Thor Love and Thunder, have been released, there’s so much to look forward to.

Interestingly, the first nine months have seen some outstanding releases. There has been plenty for everyone in the theatre – along with superhero films, surprising hits, and some excellent streaming debuts. So, we thought of making a list of the 10 best movies released in 2022. Scroll down!

It is a 2022 American action movie, the follow-up to 1986’s Top Gun, and the second movie in the Top Gun franchise. Many critics singled out the aircraft scenes as the film’s major feature and complimented it as being better than its predecessor. It has earned more than $1.486 billion globally, making it the most successful movie of 2022.

Its story follows Maverick, a top navy aviator who has been practicing for thirty years and still challenging the boundaries of aviation. But when he takes TOP GUN’s finest grads on an operation that necessitates the supreme sacrifice from those selected to wing it – he is compelled to face demons from his past.

Glass Onion: A Knives Out Mystery

It’s an American murder mystery that premiered on September 10, 2022. On December 23, it will be made available on Netflix. Critics gave it favorable reviews, while the audience complimented the cast. The film won an Audience Choice Award for Feature Film.

It’s a story of a renowned Southern detective Benoit Blanc who heads to Greece for his most recent case.

Everything Everywhere All at once

It’s a 2022 American absurdist comedy-drama that debuted in limited theatres on March 25 across the US. It earned many positive reviews from critics who praised its creativity, visual effects, humor, directing, editing, and acting. It brought in more than $100 million globally. In addition, it received the Saturn Award for Best Fantasy Film.

An elderly Chinese immigrant finds herself sucked into a crazy journey where she is the only one who can protect the universe. All she has to do is to travel to alternate universes and bonding with the lives she might have led.

It’s an American superhero flick from 2022 modeled on the Batman character from DC Comics. The film was a huge success, with around $770 million in box office revenue and a $185 to $200 million budget. In 2022, it had the fifth-best box office earnings overall. The performances, soundtrack, photography, Reeves’ direction, fight scenes, and plot all received positive reviews from critics; some criticized the movie’s duration.

Batman is compelled to investigate the hidden corruption of the city and consider whether his family is implicated – when a vicious serial killer begins killing significant politicians in Gotham.

It’s a psychological crime drama released On March 18, 2022. The majority of the reviews for the movie were good, and critics praised the performance of an ensemble cast.

Its story follows a talented cutter who has to outwit the evil guys in order to survive a terrible night.

The Uncharted action-adventure film from 2022 is based on the same-named Naughty Dog video game franchise. The film earned around $401.7 million in worldwide box office earnings after receiving average reviews from critics. The film ranks fifth among all video game movies in terms of revenue. A follow-up is also being developed.

To locate a fortune collected by Ferdinand that the House of Moncada lost 500 years earlier – Nathan is hired by street-smart, seasoned treasure hunter Victor Sullivan.

The fifth entry in the Scream movie franchise is an American slasher movie from 2022. Critics gave it high marks for paying tribute to Craven’s heritage and providing insightful meta-commentary on horror movies; some even termed it the finest Scream sequel. With a $24 million budget, the film made over $140 million at the box office.

In order to revive secrets from the town’s bloody past, a new assassin wearing the Ghostface mask starts hunting a group of teens.

It is an American comedy movie from 2022, the fourth in the Jackass movie series after Jackass 3D. (2010). The film garnered favorable reviews from critics, many of whom thought it was the finest in the series. In addition, it was financially successful, earning nearly $80 million globally compared to a $10 million budget.

Its story follows the Jackass gang, who have returned for a new mission after eleven years.

Death on the Nile

It’s a 2022 mystery movie adapted from Agatha Christie’s 1937 book with the same title. The film got divided responses from critics, who thought it was inferior to the earlier versions but liked its vintage aesthetic. Despite having a $90 million production budget, the movie has made $137.3 million in ticket sales.

Hercule Poirot is tasked with looking into the slaying of a youthful heiress during vacationing on the Nile.

The American theatrical debut of the 2022 horror movie X took place on March 18, 2022. It generally earned favorable reviews, with reviewers appreciating the acting of Goth, Snow, and Ortega – as well as its homages to 20th-century slasher movies, notably 1974’s The Texas Chain Saw Massacre.

Its story follows a group of teenage filmmakers scheduled to shoot an adult movie in a remote part of Texas in 1979. But when their old, reclusive hosts caught them in action, the cast was forced to flee for their life.