A History of Tapestries in The Art World 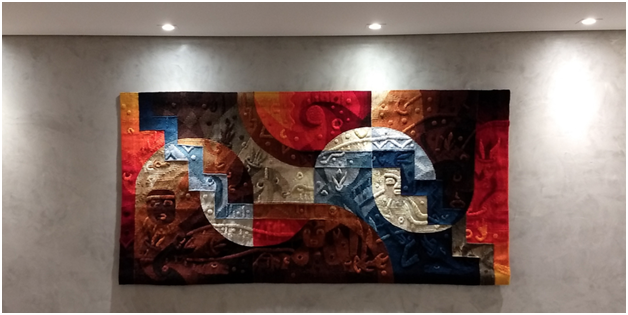 Tapestries in the art world have come a long way since ancient times. Ancient Egyptians and the Incas would frequently use woven tapestries as shrouds so they could bury their dead. Others, such as the Greeks and Romans, would leverage it as a way to have decorative wall coverings for civic buildings and important temples. From being displayed in the form of textile art, and other usages, all across the world for thousands of years, it is quite amazing to see how the concept has manifested and withstood the tests of time. These beautiful Peruvian tapestries, featured in the image above, are just an example of the creativity and beauty that exists within these custom pieces of art.

Tapestries in the art world were one of the more expensive and time-consuming crafts back in the earlier days. It did not really flourish in Europe until the Middle Ages. Tapestry art coincided with this particular era, mainly Romanesque and Gothic art periods, when stainless glass, architecture, and sculpturing were rising. 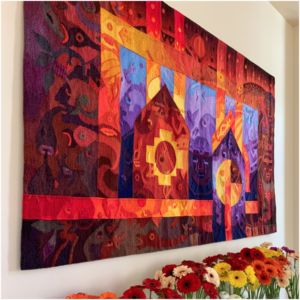 By the 15th century, there were at least 15,000 weavers and artisans who were involved with tapestry, and that was just in Loire Valley, France. Arras by Louis XI triggered an exodus of tapestry makers, becoming the century of European woven textiles. Favored material during this time was Italian silk, Picardy wool, Cypriot silver, and golden threads. Favorite subjects were often Biblical or mythological, while perspectives and landscapes were not as prominent. In fact, landscapes did not become popular until closer to the 18th century, during the reign of Louis XV.

However, there were alterations regarding style starting in the 16th century as well, focusing more on heroic kings, hunting, and using more stimulating colors as a result of renaissance influences. It was during this time too, when tapestry became well known as fine art masterpieces. Today, tapestries can be found hanging in homes all across the world, as more people embrace the ancient art, interest continues to grow among art collectors and home interior decorators.

Tapestries in the Art World Today

You do not have to be an art advocate or history enthusiast to admire the beauty that tapestry art provides today. Today, tapestries in the contemporary world are still sought out more than ever. Though the trend began in Paris, it is clear that everyone across the globe has appreciated the intrinsic value that these art displays illuminate. They offer unique aesthetic vibes and foster reflective, tranquil moments that can enlighten someone’s spirit.

Overall, these pieces add charm, coziness, historical reminiscence, and the detailed qualities are undoubtedly captivating, which are all collectively the reasons why tapestries have been alive in the art world for centuries and will continue to be featured in homes and art galleries for years to come.