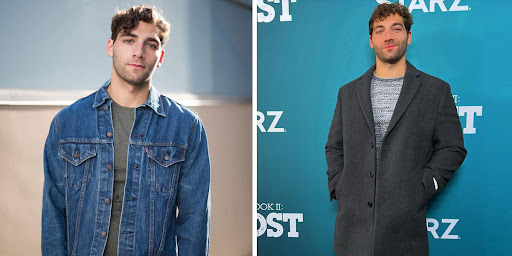 No matter what the profession, it requires passion and dedication. The profession of acting is no different. While some naturally possess this talent, there are those who put in a lot of effort to hone their craft. However, for a great actor, all it takes is one acting role in order to stand out from the rest. That’s the first thought many people have when they see Brandon Carrillo’s performance in the 2019 film Big Time Adolescence.

Born in Cape May, New Jersey, Brandon Carrillo is an artist whose striking chiseled looks and memorable roles have made him one of the most desired upcoming actors. Brandon has given remarkable performances in films like Introspective (2019) and Lion of Judah (2014). Moreover, his movie Big Time Adolescence (2019), which stars big names such as Pete Davidson and Machine Gun Kelly, has also received an 85% rating on Rotten Tomatoes.

Apart from acting, Brandon is also a boxer and, in fact, has been a 2014 Blue & Gold heavyweight gold medalist as well as a 2014 Golden Gloves heavyweight Silver medalist. Even though he is making a name in the entertainment industry today, Brandon had to face several hurdles on his path to stardom. This includes a lead role that he lost in a biopic of a fighter. Though Brandon was heartbroken as the production was halted due to Covid-19, he kept himself motivated and continued searching for fresh opportunities. “The thing that keeps me going is my love for the craft,” Brandon Carrillo shares.

He further went on to say, “Take away all the external stuff, but I will still continue being an actor. The job allows me to live many different lives, and that’s why I love it so much – one day you are a cowboy, the next day, you’re a lawyer, and so on.”

Since Brandon Carrillo himself has learned so much in his struggle to make it big, he believes that anyone who joins the industry should enjoy their life and stay dedicated. “Acting has been a rollercoaster ride for me, but it does not bother me, and I’m still looking forward to new challenges. So don’t think too much if success doesn’t come to you right away. It will happen when the time is right,” he shares his wisdom with aspiring actors.

Moreover, Brandon Carrillo advises youngsters to never be afraid of making mistakes. “Keep making mistakes and learn from them,” he says. “The very reason I have no regrets is that I am exactly where I should be. The universe doesn’t make mistakes.”

The boxer-turned-actor also stated that he has no immediate ambitions regarding his career since there is only so much you can control. His focus, however, is on his happiness. According to him, this is crucial since the happier you are, the more likely you are to stay motivated and productive.

As far as future projects are concerned, Brandon Carrillo will soon be seen in Power: Book 2 GHOST. Though he hasn’t revealed much about his role, Brandon believes the audience will love the next season. “I have many projects on the horizon, but none I can speak of,” Brandon reveals. “Right now, I’m simply working and enjoying my time in Los Angeles.”

Want to know more about the incredible actor? Well, Brandon loves watching baseball and is a huge Yankee fan. Other interests of his include playing video games, watching UFC, and spending a lot of time in the gym. He also revealed that his greatest weakness is the English language since he is a notorious mumbler. As far as his idols are concerned, Brandon Carrillo is truly inspired by his father and mother. “Their individual stories are more interesting than mine,” Brandon shares. “Aside from them, my idol growing up was Alex Rodriguez. Nowadays, I don’t idolize other actors,” he concludes.