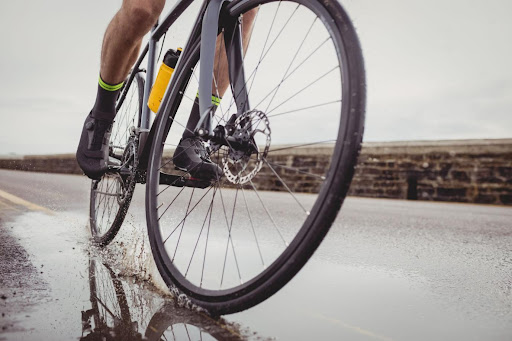 Bicycle fatalities are on the rise in the United States. In 2021, nearly one thousand cyclists were killed in crashes with motor vehicles, an increase of 5 percent from the year before, according to the National Highway Traffic Safety Administration. Here are some factors that contribute to the increased bicycle fatalities in the country.

Most of the streets in the country aren’t designed for safe cycling. In a 2018 study, the National Institute for Transportation and Communities found that less than half of U.S. adults live within a half-mile of a protected bike lane. And according to a report from the PeopleForBikes Foundation, just 5 percent of U.S. adults live within a five-minute bike ride of an off-street path or trail.

Lack of investment in cycling infrastructure may also play a role in the increase in fatalities. From 2013 to 2017, the federal government spent 1.3 percent of its transportation budget on bicycling and walking projects, even though people who bike or walk make up 13 percent of all trips. To make cycling safer, we must invest in infrastructures like protected bike lanes and off-street paths.

Many people don’t know how to share the road with cyclists properly. In a 2018 study, the Insurance Institute for Highway Safety found that just 19 percent of drivers knew that it was legal to pass a cyclist by crossing a double yellow line.

Public education is critical to keeping both cyclists and motorists safe. Drivers need to be aware of cyclists on the road, and cyclists need to know how to ride defensively and follow the rules of the road.

Distracted driving is a problem nationwide, and it’s only getting worse. In 2020, 3,142 people were killed in crashes involving distracted drivers, an increase of 8 percent from 2019. Texting, talking on the phone, and other forms of distracted driving are dangerous for everyone on the road. Drivers must focus on the task, and cyclists must be aware of their surroundings.

Speeding is a major factor in many crashes and is particularly dangerous for cyclists. In 2019, speeding was a factor in 26 percent of all fatal crashes, according to the National Highway Traffic Safety Administration. When a driver is going too fast, they have less time to react to obstacles on the road. That means that if a cyclist swerves or brakes suddenly, the driver may not have enough time to avoid a collision.

Bicycles that aren’t properly maintained can also be dangerous. Flat tires, loose brakes, and broken chains are all hazards that can lead to crashes. It’s important to regularly check your bicycle to ensure it is in good working order.

As the number of cyclists on the road increases, so do the risks. However, there are steps that both cyclists and motorists can take to stay safe. By following the rules of the road, being aware of your surroundings, and understanding the common risks in bicycle accidents, you can help keep yourself and other road users safe.