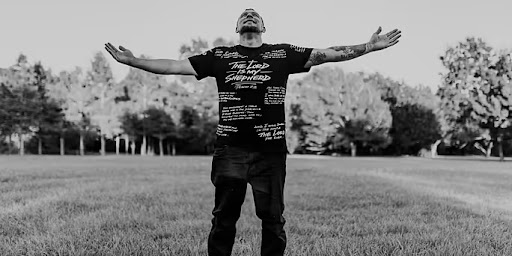 The music industry is infamous for being cutthroat and competitive, making it all the more daunting for up-and-coming talent. Yet, despite all odds, every year, we hear of a few committed souls who dare to brave the storm and come out on top as famous indie artists. 2022 was no different; a lot happened, many learned to shine, and just as many burned themselves out.

To commemorate their dedication and passion as well as inspire talent, we spent the past two months on the ground in search of influential artists who made the biggest waves in 2022, and one musician came out on top.

Michael Nunez, more popularly known as L-OH-L, is a rising musician from Lake Charles, LA, who has managed to sweep his listeners off their feet with his music. With a background in gang violence and drug abuse, Michael’s music acts as a medium for achieving peace. In order to get a better look at this rising star’s turbulent past and plans for the future, we sat down and quizzed him about his passion for music.

“I feel like music is the only way for me to truly express myself. It helps me connect with others.”

When asked where his passion for music originated from, L-OH-L said, “Well, it’s certainly not in my family, that’s for sure. I mean, my stepdad played in a zydeco band, and he still plays for the worship team at his church. But that’s about as far as music runs in my family. I remember when I was about 8 or 9, I used to rap in front of the mirror holding a brush or whatever I could find and tell my mom that I wanted to be a rapper.” He further added, “But I did have inspirations – Gazelle, Dee-1, and Xay Hill are a few artists I look up to. They also made me realize that there’s value in my story.”

Out of curiosity, we asked L-OH-L what his proudest achievement was in and outside of music, “I’m not one of the biggest guns out there, but unlike them, I’m pretty content with where I stand. I mean, I have thousands of people who appreciate my songs, and that’s enough for me. As for my other proudest achievement, it’s probably being a father. My dad wasn’t exactly the father-figure type, so I try my best to be there for my kid.”

With so many artists targeting the general populace as their main audience, L-OH-L has chosen to deviate from this conventional path. “My songs are for gangsters and addicts. Basically, anyone who has a rough history and wants to get away from it. I feel like I’m from the same background, and my songs help me resonate better with others like me.”

As the topic of backgrounds came up, we asked Michael to share some details about his own, “I used to donate plasma to pay for studio time. Even when I was homeless and an addict, people would have me over to rap and freestyle for them. I went through many shootouts, deaths, and overdoses, but I thank God every day that he gave me a second chance at life, and I was able to turn things around,” explained the war veteran.

On a parting note, we asked L-OH-L to share some of his accomplishments with us, to which he replied, “I’ve made magazines, radios, and playlists, but my greatest accomplishment is my music. I see people in the streets turn off secular music and listen to CHH for a few minutes when my songs come up. I always try to find solace in the little things.”