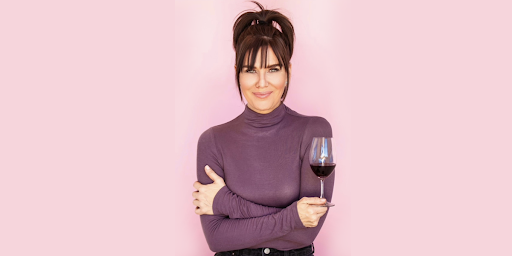 Podcasts continue to become more popular globally. People spend countless hours listening to their favorite podcasts while performing chores, exercising, driving, etc. However, finding the perfect podcast is rare, especially if you’re looking for something different from the norm, and that’s where Sarah Halstead has succeeded, creating a fantastic podcast that everyone who loves following and learning more about celebrities will enjoy.

Sarah’s podcast, Drinking During Business hours, initially started in 2017, featuring well-known celebrities you definitely know. For instance, professional wrestling fans will recognize cult-favorite Chavo Guerrero Jr., who often shared the ring with his uncle, the late and legendary wrestler Eddie Guerrero. Similarly, sitcom fans will be delighted to find Jon Cryer, the actor who played Alan Harper on the massively successful TV show, Two and a Half Men, also appeared on the podcast.

Regardless, while Sarah manages to attract well-known names to her podcast, the show’s highlight is her quick wit, charm, and humor.

Born and raised in Flint, Michigan, Sarah had an ordinary life before moving to NYC to study drama at NYU’s Tisch School of Arts. She also became interested in studying Wine and Spirits during her time there, which would prove pivotal later in life as Sarah ventured into the wine industry, becoming a representative for several influential and famous wineries, like The Hess Collection, Perrier Jouet Champagne, Laurent Perrier, etc.

However, one doesn’t find high-profile celebrities and convince them to appear on podcasts through the wine industry. Fans of the comedy world are more likely to know that Sarah is a celebrity in her own right.

As a child, she became obsessed with comedy after watching Saturday Night Live at ten. She looked up to the likes of Lucille Ball, Joan Rivers, and Mom’s Mabley as they trailblazed the path for female comedians with their quick wit and impressive material. But while she loved comedy, the thought of becoming a stand-up comedian wouldn’t manifest until years later. Instead, she discovered another passion when she starred in a small play after high school. Sarah didn’t want to limit herself to one lane. She wanted to entertain.

Today, Sarah wears many hats, working as an actor, comedian, podcaster, and comedy show producer. She’s also incredibly successful in all her pursuits.

As an actor, Sarah has been featured in over 100 commercials internationally. She has starred in multiple television shows, including Deadly Sins, Blood Relatives, and Cry Wolf. More importantly, she has shone on the stage, appearing in an off-Broadway play called A Lullaby for Murder. She also starred in Hairspray the Play at Los Angeles’ iconic Orpheum Theatre as Velma Von Tussle.

Similarly, her comedic achievements are no small feat. She actualized a childhood dream by working with a Saturday Night Live cast member, co-creating and co-hosting a live podcast called the Summit with Darrel Hammond. It focused on politics and ran weekly at The Hollywood Improv. She also wrote and produced her standup special RVs and Cats, available on Amazon Prime. The special recounted Sarah’s cross-country journey with her two cats in a 30-foot RV and has been streamed nearly two million times. She’s also currently producing and starring in a monthly standup comedy show called Bottle Shock, performed live at The Hollywood Improv.

However, she still holds a special connection to her podcast, Drinking During Business Hours, where she has hit the jackpot, finding the recipe for success. The show revolves around artists sharing their creative journeys over a bottle of wine and still exists today. New episodes are uploaded on Spotify, iTunes, Apple Music, and other platforms every other week.

As for the future? Sarah has lofty ambitions. She wants to become a series regular on a network TV show soon. She also has plans to create and star in her own TV show. But that doesn’t mean she wants to leave the comedy world behind because theatres and auditoriums await her presence all over the world.