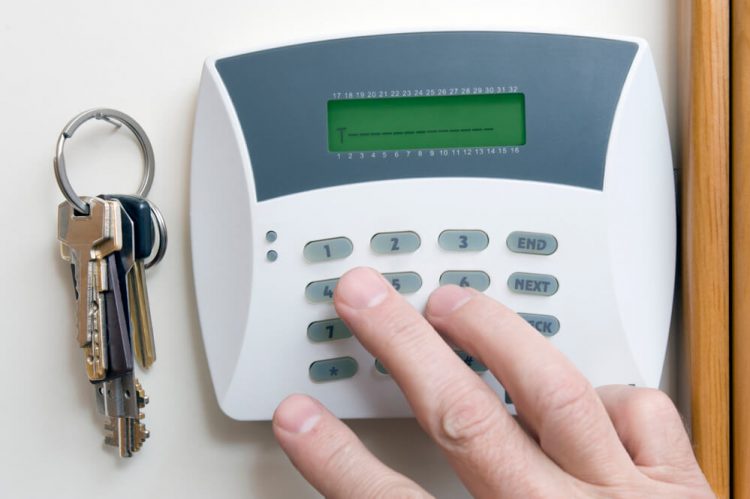 Out of all the West Midlands’s larger towns and cities, West Bromwich is the most dangerous. The next most dangerous is Walsall, and then Dudley. Between May 2019 and April 2022, there were 28,050 cases of burglary, 8,844 cases of robbery, and 4,133 cases of theft from a person.

This indicates an area of concern for residents that must be considered in order to certify a better level of safety for the people themselves and their prized possessions. It is better to be safe than sorry, but how is it possible to be so? This blog shall address these concerns and will highlight to its readers the best way of protecting themselves against home invaders.

What is a burglar alarm?

The best way to reduce potential burglars is to lock your doors and install a burglar alarm.

A burglar alarm system consists of a series of electrical components that are connected to a property. By using sensors and contacts, they detect movement or the opening of doors and windows, upon which a loud alarm is produced to alert those nearby of the unauthorised entry. Often deemed to be security essential, these systems are a universal fixture of most premises.

Burglar alarms are nothing new. In one historical document from 386 B.C., it was noted that a distinguished officer was alerted to danger by the flapping wings of cackling geese. Over the years, dogs and other livestock helped protect homes against intruders, and homeowners relied on neighbours or their own family members to keep their belongings and homes safe.

In the 18th century, an English inventor created an intrusion alert that played chimes when a skeleton key or other device was used to open a door. In 1853 the first battery-operated alarm was invented, which required an individual unit for each window or door. People were sceptical about using electricity at the time, so this advancement remained until Holmes learned how to tap into existing phone lines within NYC, selling the technology to AT&T in 1905. Since then, the system was linked to emergency call systems to alert the police and fire services, with the invention of motion sensors and infrared technology in the 1970s that improved their capabilities even further.

This type of alarm is simply a ringer that makes a loud noise when a break-in is detected. The alarm is intended to scare off the intruder and alert others nearby. It is best for low-risk properties, as they are unmonitored systems, meaning that the police will not be automatically contacted when the alarm is activated.

Wired alarm systems operate on electric sensors that are connected to a control panel. As a result, they need to be installed by a professional, in order to appropriately hide the wires. Once installed, they are reliable and robust and will require less maintenance than a wireless version.

Wireless systems function in the same way as a wired version, however, they are battery operated. Battery-powered sensors communicate with a control panel via radio signals. They are generally easier and cheaper to install than a wired version.

A monitored alarm is connected to an external security company. The company will monitor your alarm system and any signals that are received on your behalf for an annual or monthly fee. If an intrusion is detected or an alarm is triggered, the security company will contact you and the police immediately.

A smart alarm system is a monitored option that connects to and can be controlled by your smartphone or device. They often come with an app, so that you can set and unset your alarm remotely, get instant notifications of a triggered alarm, and see live footage if you have CCTV cameras installed.

How do they work?

Whatever the type, most burglar alarms work by a similar series of steps:

When a door or window is shut, the contact of the door or window in the frame is detected by door and window sensors. Motion sensors can also be placed strategically around the premises, which detect motion and trigger the alarm countdown. The perimeter of a site can also be protected using a variety of detectors also.

All the installed components – including sensors – are linked to a control panel. All of the information from the detectors and sensors are sent here. If this contact is disturbed and the circuit is broken, the alarm countdown is then triggered.

If an abort code is not entered, the alarm will sound. The system is connected to an external bell or siren which is usually located on a wall on the outside of the property. It is this device that emits an alarm to alert people to an intrusion. There is also an internal sound that alerts any occupants of the building – that there has been a detected event – further deterring intruders.

Users both activate and deactivate the alarm system using the device’s control panel, either by using a fob or a numbered code. Smartphones can now also be used to remotely set and unset alarms via apps.

Deter a burglary before it happens

A major benefit of installing a burglar alarm to your property is that it can deter a break-in before it happens. Burglars do not want to be caught, so will avoid break-ins that are likely to attract attention. 89% of ex-convicts admit that they would be deterred from targeting a home with a smart security system.

By having a clear burglar alarm and/or security system installed in your home, you are making it one step harder for an intruder to break in and they are likely to move on to an easier target.

Protect your home from theft

By installing a burglar alarm, if an intruder is detected – motion sensors will be triggered, and an alarm will sound to notify yourself or your neighbours that there has been a break-in to your property.

As highlighted above, some modern systems automatically alert the police and a nominated person, which acts to dramatically narrow the burglar’s window of opportunity and protect your home from theft.

Provide peace of mind when you are away from home

If you are away from home a lot of the time or are wary of your home’s security while you are on holiday, then installing a burglar alarm will provide you with peace of mind that your home is secure, protected, and monitored even when it’s uninhabited. If there is a break-in, your security system will alert you so you will know if there is an intruder.

Investing in a home burglar alarm is the easiest way to reduce your costs and save on your home insurance. The more protected your home is, the less likely it is to be targeted, meaning your property is less at risk. Your insurance premiums will therefore be lower than if you weren’t to install a security system.

Home security is a sort after and attractive feature for prospective home buyers. Everybody wants to feel safe and secure in their home, meaning that by investing in a home burglar alarm will positively impact the value of your home when you come to sell.

A high-quality security system can increase the likelihood of catching your intruder. In 2019, only 1 in 20 burglaries resulted in an offender being caught and charged. A burglar alarm can quickly notify the police and others nearby and increase the likelihood of catching and apprehending the criminal. If CCTV is installed, a recording of the physical image and actions of the intruder will be captured and can be handed over to the authorities.

Overall, burglar alarms have come a long way since 350 B.C. There is no longer a need to rely on the flapping wings of geese, pets, and neighbours to keep your house safe. With 28,050 cases of burglary in the West Midlands reported between May 2019 and April 2022, it has become a prevalent issue, that cannot simply be ignored.

There are types of burglar alarms nowadays to suit all types of homes and preferences, with users being able to purchase and install wired, wireless, monitored, and smart alarm systems. With the added benefits of deterring burglaries, protecting your home from theft, providing peace of mind when you are away, reducing home insurance premiums, increasing property value, and increasing the likelihood of apprehending criminals, there is no reason why you shouldn’t.

It is recommended that you consult a professional to install a burglar alarm, as it will ensure that your device works effectively, and provides the necessary safety features that it should. If you live in the West Midlands, then there are a variety of professionals you may consult, such as burglar alarm installers in Sutton Coldfield like Countrywide, who will fit burglar alarms in Walsall to burglar alarms in Dudley and beyond.