The Best Pixel Art Games You Can Play Today 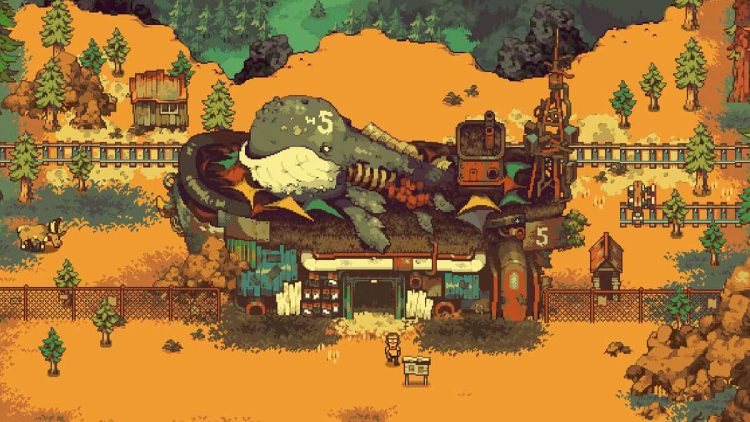 The video game industry’s “golden period” was dominated by pixel art games. However, despite the fact that technology has been used to display extremely realistic graphics, there is still a sizable market for 8-bit and 16-bit style games all around the world. You’ve come to the right place if you’re missing games from the NES or SNES eras or you just like the adorable pixel art look. Here is a list of the top mobile pixel art games available right now.

The list of the top pixel art games wouldn’t be complete without Minecraft. Because Minecraft is a sandbox game, it doesn’t actually have any set objectives. Basically, all you have to do is explore the 3D game world, disassemble bricks, and construct various objects.

The game includes two primary game modes: Creative and Survival. You’ll need to search for supplies for construction and gather food on your own in Survival mode. You’ll also have to ward against zombies, creepers, and other moving creatures to heighten the suspense of the game. Foraging and combat are less necessary in creative mode because you already have all the materials you need for construction on hand and you don’t need food to survive. When playing in Creative unlike the Survival mode, you can instantly break blocks and use them whatever you like. You can play a cross-platform game of Minecraft with your pals for enjoyable exploring.

Terraria is also one of the best pixel art games. Even though this game has been around since 2011, it doesn’t seem to be going out of trend anytime soon. Since it’s a sandbox game, there isn’t really a set objective, so you can pretty much play it however you choose.

Digging, building, and fighting are the three major activities in this pixel art game. You get to explore the seemingly limitless side-scrolling setting where you can unearth numerous raw minerals and come across rare biomes. These are the basic elements that can be used to construct anything, be it a simple house, a grand manor, a fortress, or even an alchemy station.

You’ll also run into many bosses and opponents as you advance in the game, which you may defeat with the weaponry you’ve amassed. Weapons can be obtained through defeating monsters, digging up chests, or purchasing them from NPCs. They can be crafted at an anvil or workbench.

Crescent Moon Games has created another stunning piece of pixel art with its Knightin’+ pixel art game. In this adventure with a 90s vibe, you follow Sir Lootalot’s trip as he fights his way out of perilous dungeons. In these dungeons, you’ll face a variety of hazardous challenges, such as massive wolf traps, swinging blades, and wicked creatures. Some levels also demand you to solve puzzles in order to pass them in addition to fighting these beasts.

Additionally, mystical objects and precious loot are concealed within each dungeon. You’ll be able to access new goods and skills far more quickly if you collect these perks.

You should absolutely try Stardew Valley, which is a favorite among RPG enthusiasts, if you want to get into pixel art games. You assume the role of a character in this game who recently inherited their grandfather’s dilapidated farm, known in the game as “Grandpa.” The primary objective of the game is to restore this farm, but how you go about it is entirely up to you.

You can raise cattle, dig for ores, make tools, market your produce, cultivate connections with the locals, and grow Stardew Valley crops throughout the game. Additionally, you can explore caves to find creatures and gold. Try to avoid doing too many things, though, as this will exhaust your character and result in lower income.

You can play the game by yourself or with up to three friends who can help you share resources or expand your farm.

The last game on our list of the top pixel art games is Pocket Harvest, an 8-bit version of Farmville. In this game, you can expand your farm and make it a successful enterprise that sells a variety of crops. However, keep in mind that Pocket Harvest has its own agricultural cycle, so certain crops can only be grown and harvested during certain seasons.

You can develop your farm and raise livestock in addition to growing and selling crops to earn wool, eggs, milk, and other products. By constructing amenities and attractions, you can also enter the ecotourism market, bringing in more visitors and increasing your virtual income.