The Pros and Cons of Cable Internet in San Antonio Texas 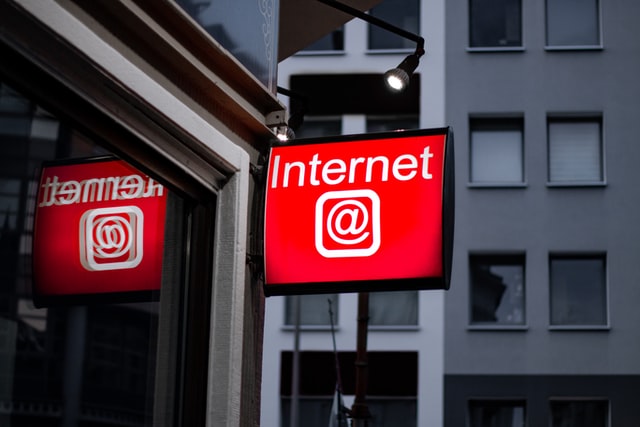 Cable internet refers to any broadband connection utilizing cable lines or cable television networks to deliver necessary data. Compared to a DSL (Digital Subscriber Line), cable internet is much faster, providing both reliable and affordable internet service for its users.  Standard cable internet connections in Texas carry data in the range of 6Mbps to 18Mbps, though modern cable can clock ranges of 20Mbps to 1000Mbps.

Spectrum Cable internet in San Antonio Texas uses the same coaxial cables used to deliver TV data to people’s homes; though cable can be a reliable and consistent solution, it can also be limited by the size and density of your neighborhood. Some cable providers, such as Spectrum, enable you to install the internet service yourself in many cases.

The Pros of Cable Internet

We know that fiber is like a pot of gold: not all neighborhoods are able to access the speeds of fiber; particularly less densely populated areas. In San Antonio, cable internet is available in many more areas.

Since cable internet is widely used across the US, the infrastructure is there. All reputable ISPs (internet service providers) supply reliable cable broadband to residences across the country, and as cable is installed so widely, the data delivery outperforms solutions like DSL, for example. (DSL’s infrastructure is simply outdated.)

This ties in well with our next point:

Cable internet is not subject to the same possibilities for outage as other connection solutions. Satellite connection, for example, can be easily thwarted with poor weather or external forces like water damage. Conversely, fixed-wireless connection can suffer from what the industry call ‘rain fade’, where rainfall can cause excessive reductions in upload/download speed.

Further, since no phone line is necessary for powerful cable broadband, it is no longer required for users to ‘dial-up’, an action that may seem pre-historic to some of our readers. In tandem with this, no dial-up/phone line means no dial-up fees.

It’s a win-win; though it’s never exactly been an argument of Cable vs Dial-up. The latter is a thing of the past.

We briefly touched on speed in the introduction, but it’s essential that we outline exactly what value you are getting for your money.

An advantage of cable internet is the flexibility for speed in offered plans. Companies that supply customers with cable internet are often, naturally, also cable TV providers; Cox, Spectrum and Xfinity to name a handful.

The Cons of Cable Internet

In discussing the advantages of cable internet, it can be easy to reference old infrastructures/solutions in order to bolster cable’s argument.

While cable boasts enhanced data delivery and reliability when compared to dial-up or satellite, times are changing.

Fiber is the new kid on the block, and for consistency we should pit cable against the new tech, too.

If we break down what cable internet is at its hardware, data is sent to your home via coaxial cable. This is the same cable that carries your cable television in San Antonio, Texas.

A majority of cable companies will string together several connections from houses in your neighbourhood for efficiency on their end.

What does this mean? Well, it means that a primary disadvantage of using cable internet is that you share bandwidth with surrounding inhabitants.

Because you are on what’s called a ‘network loop’, peak hours can instil a sharp reduction in internet speeds. Consider the strain on the coaxial line if every adult in your neighborhood came home from work at 5 and immediately began streaming 4K Netflix.

Due to the cost of developing and sustaining the strong cable networks, many areas will have a limited access to providers; some areas will be stuck with just one service provider. If you have issues with that provider and want to change plans, this can cause issues down the line.

There are a multitude of problems that cable internet customers can face; particularly concerning hardware/tech on their end.

It is a well-known disconcerting fact that cable providers can, and will, throttle the performance of a single subscriber’s internet connection with reference to their ToS. If you’re a customer of a large provider and exceed your bandwidth allowance, restrictions can occur without your knowledge.

Finally, service glitches are a real thing: in spite of the millions in funding and revenue of large ISPs, connection speed/access can drop at a moment’s notice due to glitches and technical faults on the provider’s end.

It is with reference to the above points that all internet users should make future decisions for their broadband solutions.

Cable internet is widely accessed; by over 88% of the US. It is a popular and reliable choice. With that said, fiber is on the rise, and the other alternatives to cable rely on outdated infrastructure.