THE REVIVAL OF LUCIFER 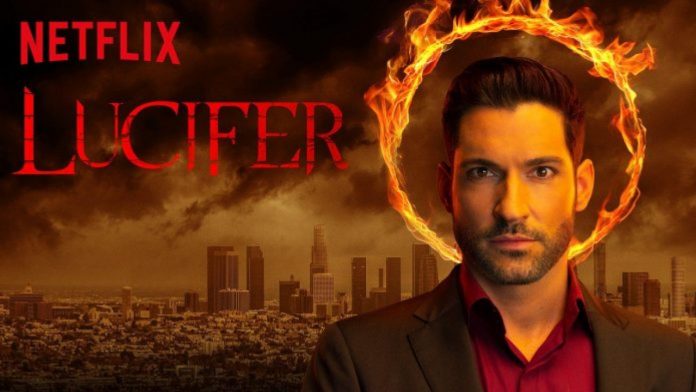 Hold on to your horses as the Lord of Hell, aka Lucifer, is returning on our screens thriving to cope up with the massive demand from the public.

The previous season was a massive hit for the producers with a phenomenal response from the audience. Keeping up with the hype, producers and writers have decided to bring Lucifer back to us very soon.

Ever since the first episode of Lucifer went on air on January 25, 2016, the show has managed to grab some decent rankings. Previously owned by the FOX network, the show is now under Netflix since FOX canceled the series after the first three seasons. The revival was a result of a massive fanbase for the show.

With a smashing 8.2 from IMDB and a 4.8 from Google Reviews, producers of Lucifer has made its fan base dance on their heels the last season. The anticipation for the next season is in the air ever since the of the official Lucifer account took onto Twitter stating:

“Thanks to the lucifans, #lucifer’s story will come to an end the way it should: the fifth and

the final season is coming to @netflix.”

A PLOT TWIST TO THE STORY

One other news regarding the Lucifer Season 5 can break many hearts. It has been confirmed by several crew members of the Lucifer series that it will be the final season for the show.

Tom Ellis playing the lead role of Lucifer Morningstar, has confirmed that the upcoming season will be the last for Lucifer series.

HOW MANY EPISODES SHALL WE EXPECT?

Lucifer season 5 is expected to be 16 episodes long with a bit twist. The show will be released in two parts – with eight episodes each.

Earlier it was decided to release ten episodes like the previous season, but later it changed to 16. To the relief of the fans, there are no changes in their favorite set of Lucifer’s cast except for some great additions

WHEN IS IT REALLY COMING OUT?

Although the release date is still not announced, the show has already gathered gossips in town. The filmmaking is still under process, but the final script has been completed.

Back in July 2019, we alluded to the fact that the first scene of Season 5 is already penned down. As of now, in February 2020, the writers have finalized the entire script for the season.

WHY DOES IT HAVE TO END ALREADY?

The confirmation of season 5 being the finale of Lucifer series stirred up many conversations. One of them surely was, “why don’t we get Lucifer back for season 6?” The audience was adamant about petitioning for a sixth season until Joe Henderson, the executive producer and co-showrunner explained:

“Honestly, we’re telling our ending with season 5. We love all the support, but right now, I’d say time is better spent getting ready for a fitting ending to our characters’ journeys.”

MESSAGES TO THE AUDIENCE

To keep the audience engaged, we see frequent tweets from the crew of the Lucifer series. Other than the captivating performances by our star cast, they also have some personal messages for the ardent audience.

Tom Ellis – the protagonist, on one fan convention, accedes that

“I can categorically say that I will never have another experience like this. When they call cut on the last day, it’s going to be a lot to take in.”

IldyModrovich, who has been a dedicated showrunner for the series says”

Whoop whoop!!!! Season 5 is coming!!! Thank you to our beautiful Luci family for all of your love and support!! And to @LuciferNetflix for being the best partners EVER!! It’s our final season, so we’re planning to make it COUNT!!”

We can not agree more with you, Mr. Ellis and Ms. Idly! Lucifer series has managed to gather an electrifying fan base globally. Lucifer Season 5 proves to be the light at the end of the tunnel for fans. Everything worth waiting comes to an end, unfortunately. It will be a hard pill to swallow for the die-hard fans to let go of a series so close to their heart.

Let us keep our fingers crossed for what the final season has to offer us. Will it keep pace with the stirred-up hype amongst the audience? Or will it leave the audience crying into a bittersweet feeling? In both cases, it will be worth it!

Author: Eeman Mohsin is currently a college student majoring in Biomedical Sciences, and a minor in Psychology. Her fervent interests include writing and photography. Motivational writing and lifestyle blogging are her passions. She loves to spend her quality time in nature, broadening her spectrum of thoughts. Eeman can be contacted via her email [email protected]