The Top 6 Most Expensive Marvel Movies 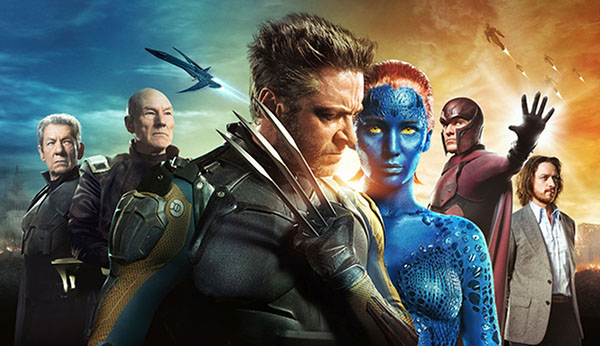 Marvel is one of the most admired, adorned, and popular franchises of all time. It is not that every fan dreams of becoming a superhero since they opened their eyes. But rather, it is also the gripping story in each movie combined with the plot twists that keep the audience waiting till after the end credits. No judgement, we have all been there.

With over 25 movies released, they have bagged more than $25 billion worldwide! If you compare it with the net total of the production cost, it differs with a huge number and in the favor of profits. Marvel fans very well know best marvel supervillains characters. Let’s see which movie has the highest production cost and whether it was a hit or a flop.

Eternals is one of the rare Marvel movies that wasn’t a hit amongst the dedicated fanbase. Instead, it had mixed reviews and did not impact the box office. But, if we were to be honest, it didn’t have the Marvel feel to it either!

Even though there was a diverse cast with big names like the Game of Thrones duo Kit Harrington, Richard Madden, and Angelina Jolie, the movie wasn’t a fan favorite. Something was missing! However, the production costs made up to more than 200 million dollars, it is considered compared to its highest-grossing Marvel movies. So, it is safe to assume that it was a flop and not quite worth the manufacturing money.

The meme turned into a reality; this sums up the whole movie that was recently released. With huge names in its cast and an exquisite interference of CGI made, this movie was a smashing hit in the theaters. However, all the gasps and shocked faces that left the cinema do not know the staggering amount pulled into the making of this movie; 200 million dollars!

Although the movie made a huge profit, which isn’t much of a surprise, the effort pulled into its production was worth every penny. We are sure the franchise doesn’t regret the promotion or the marketing costs spent on this film.

Do you remember the movie that broke the fanbase in half? Yes, the dedicated unison split into the Cap’s loyal army and Tony’s sentimental side! Which one were you? Whichever stance you agree with, the idea isn’t to start a debate again. But rather, the reason the movie earned more than 1 billion dollars in the cinema houses was because of the intricate details put in the fight between the two sides.

And a huge shoutout goes to the production house, which spent 250 million dollars to make this movie an actuality.

This film came in two parts, yet it managed to profit a little over 2 billion dollars in total. Moreover, it held one of the greatest plot twists in the history of Marvel, losing important characters that the fans loved dearly! But this invasion of Thanos did break not only the fans’ hearts but also the records!

A majority of the credit goes to the CGI and the memorable acting by the cast. Hence, the franchise spent more than 300,000 dollars to host this production. However, it was definitely worth the money because it was a blockbuster in cinemas.

Ultron was a criminal designed by the Avengers itself. Moreover, with the introduction of the new Avengers, this movie is a must-watch for every Marvel fan. The next few parts in the series also bring an important flashback through this motion picture. Plus, after the end credits, the scene opened a story that nobody thought would disrupt the peace in their lives.

Yes, you know what the scene is! Well, the movie cost the production house a whopping 350-million-dollar bill. And it was the perfect risk because the film garnered 1.3 billion dollars at the box office.

Avengers Assemble; is the most iconic line that Captain America said in the movie. It has been etched onto the heart of every fan since its release. But did you know it is one of the most expensive Marvel movies of all time?

Yes! The overall production cost is around 350-400 million dollars in the year. This was kind of expected as the whole Marvel team dropped in to say hi to Thanos and his army. Paying each actor and the amazing graphics during the battle scenes is one of the reasons Marvel put in so much money and effort to bring this plot to life. And, it was worth it because it became a huge hit amongst the crowd.

Stan Lee’s world is now a reality. With an amazing depiction of his characters, a beautiful cast, and impressive graphics, Marvel has the utmost support of its fans. So there is no wonder that it spends a huge amount of money in production, marketing, and promotion to film these movies.

Did this blog make you wish to revisit the movies? Go ahead and watch your favorites. And if, for some reason, you are unable to access the streaming site, see easy tips on Streamaestro.