What’s Next for Fortnite?

Why Players Who Quit Should Use Their Fortnite Account Again 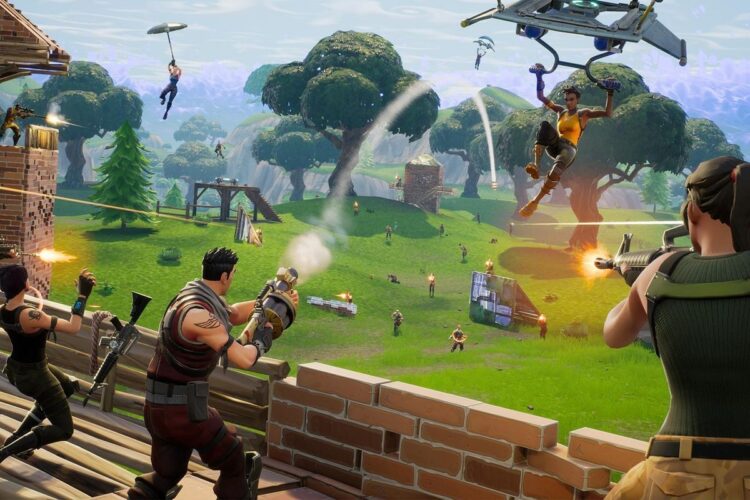 Fortnite is a game that’s always adapting to the recent trends, but with it doing possibly everything under the sun, what’s the next step that Epic should take to keep Fortnite relevant?

Fortnite has been this ever-evolving game over the years that always has something new to share with its fanbase. While it’s mostly thanks to the boom of the battle royale genre that catapulted Fortnite into popularity at first, the game remained relevant even after the years when other BR games started to trickle down to a path of irrelevancy. Fortnite has done it all: it held all sorts of collaborations to which many people did not expect coming, played around with the idea of doing an in-game concert which now has become a trend for it, and it has now become one of the games that have the most support for cross-play and cross-progression. It makes people wonder that after all that’s said and done, will Fortnite still be able to provide that same kind of dazzle and shock to its players even after showing numerous party tricks? Make no mistake, Epic Games has done an exemplary job in advertising their precious game and didn’t cut any corners when composing anything for Fortnite, whether it for the next season or just a small patch update–but the underlying questions remain. What’s next for Fortnite? Will there still be something for Fortnite account owners to look forward to even after so many seasons passing by?

If Epic Games truly wants to wow their players, they have to pull out all the stops. They’ve done it all at this point, but with a little bit of thought and innovation, they can manage to pull something fantastic out of their magic bag. The current season has been quite the doozy with the theme centered around aliens. Epic also shook things up with the Battle Pass by going back to their original roots and implementing the usage of Battle Stars once more. With weekly quests for players to do such as collecting certain Fortnite items either from the Fortnite item shop or finding Alien Artifacts, there’s not a dull day playing Fortnite even for the people who aren’t competitive. A couple of seasons ago, Fortnite was more of a competitive game than anything. There was a sense of importance given to trying to be the best and practicing building skills to construct a fort without much effort. This paved the way for many esports teams to grow and create their Fortnite team. These teams had to practice pretty much around eight hours a day using their Fortnite accounts and it inevitably resulted in championships and contests in a grandiose fashion being held. These tournaments brought hundreds of thousands if not millions of viewers, especially when Ninja was a superstar in the Fortnite community. However, time was not exactly kind to these people. As the popularity of Fortnite waned, some teams were let go and/or transferred to other games to keep their momentum going. If Epic wants to truly get the people’s attention, then they have to find ways to shake things up that could result in even news outlets such as IGN, Dot Esports, and many more game-focused websites paying attention.

Possible Collaborations That Could Bring Even More Players

It’s not new knowledge at this point to know that Fortnite has taken literally everything from cult classics, sports players, and even pop culture icons to be a part of the battle royale game. However, there are plans of Epic taking Fortnite to somewhere they have not traversed yet: the world of anime. This is certainly a surprise as it is in fact one avenue that Epic Games has not ventured into yet. With so many collaborations that have been done in Fortnite, it’s hard to think of what section of pop culture that Fortnite hasn’t tried to add at this point. There have been talks about a Fortnite data miner Twea leaking that Fortnite has an ongoing deal with Shueisha, a giant in the world of Japanese publishers. For those that aren’t familiar with Shueisha, they’re the publisher for the famous Shonen Jump Magazine. They’re also partial owners of Viz Media, a western manga distributor. If this leak is to be believed, this could mean limitless possibilities for future collaboration in Fortnite within the anime space. There’s no definite date yet as to when players can expect these things to come, and with Season 7 still going on until September, it could take some time before anything anime-related could pop up in the world of Fortnite. Nevertheless, if Epic Games were to take this road in the future, it would no doubt bring in a lot of new players to their already-large community.

It’s hard to deduce what Epic Games will be doing for the future of Fortnite to keep the game going, but thanks to the recent leaks and speculations of anime being a part of their plans, we at least can get a glimpse of what’s there to come for the beloved battle royale video game. This could be the chance for the players who quit playing using their Fortnite accounts to make a comeback thanks to just the collaborations, and more planned in-game concerts soon, Epic is confident that they can keep bringing in more players to Fortnite even after a decade. What do you think Epic should to shake things up in Fortnite? Let us know down below.

Tags: What’s Next for Fortnite